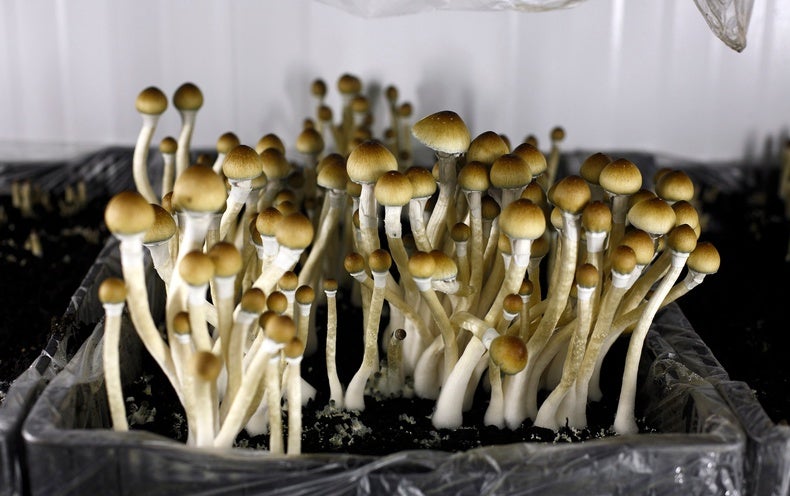 Through a recent article he wrote in the Independent, we learned about Steve Shorney, who lived with depression for most of his life despite years of psychotherapy, medication, yoga and many other attempts at holistic treatments. With his decision to enroll in a psilocybin clinical trial at Imperial College London, his life “radically changed.” Psilocybin was different from every other treatment or experience he had. As he recalled in the Independent article, “I had seen an alternative reality, another way of being, and knew beyond anything I’d known before that day that life is extraordinary. And in that moment I felt happier, more alive, and more Me than I imagined was possible.”

The use of psychedelics, especially psilocybin and MDMA (also known as Ecstasy or Molly), is undergoing a renaissance. More than five decades ago, psychedelics were an active area of research, with more than 40,000 patients receiving LSD or psilocybin for alcoholism, anxiety or depression. While we don’t have rigorous clinical trials from that time, the use of these drugs garnered both scientific and public interest, with Hollywood celebrities such as Cary Grant promoting their use. But the War on Drugs, beginning during the Nixon years, led to a long, dark period where these drugs were lost to science, although they were still used in recreational and religious settings.

Recent studies have reignited the hope that psychedelics could be powerful medicines for mental disorders. In a New England Journal of Medicine report, two doses of the chemical from the psilocybin mushroom appeared as effective as six weeks of escitalopram (Lexapro), a standard antidepressant, for people with long-standing moderate-to-severe major depressive disorder (MDD). On many of the secondary measures of depression, such as remission of symptoms, psilocybin appeared better than the standard treatment, with 57 percent showing remission on psilocybin versus 28 percent in remission with escitalopram, although the authors caution that more research will be needed to confirm these results. In a study reported in Nature Medicine, MDMA was found to be more effective than placebo for people with severe post-traumatic stress disorder (PTSD). After three sessions with MDMA, 67 percent no longer met criteria for their diagnosis, and 33 percent showed complete remission, relative to 32 and 5 percent, respectively, after receiving a placebo.

Patients with disorders such as MDD and PTSD can certainly use more innovative, effective and safe treatments. Less than half of people with these disorders respond to medications or psychotherapy, and about a third of MDD patients have so-called treatment refractory depression that fails to respond at all. Discovering new approaches to treat mental health conditions is critical. If psychedelics prove to be effective and safe for these disorders, they could be transformative in two interesting ways.

First, these medications appear to be effective after acute administration. Most drugs in psychiatry, such as escitalopram for MDD, need to be taken for weeks, months or years to be effective. Presumably, they are controlling symptoms but not altering the disorder. When effective, psychedelics appear to confer long-term effects sometimes even after a single administration, suggesting that they are not simply symptom-reducing but disease-modifying. Moreover, some results from previous studies suggest that the benefits are long-lived, although the duration of the effects from these recent studies remain to be determined.

Second, the studies thus far have focused on psychedelic-assisted psychotherapy. It’s not just the drug but the experience in the context of structured, time-limited psychotherapy. We know that psychotherapy can be helpful for most mental disorders, yet therapy is rarely combined with medication. Psychedelics remind us of the potential for combining medication and therapy, a practice that is infrequent when most antidepressants and antianxiety drugs are prescribed by primary care physicians. This combination is especially promising, given that some evidence suggests that psychedelics enhance neuroplasticity, thereby opening up a “critical window” of time to develop a healthier mindset.

These new studies with psilocybin and MDMA focus on only two of the many psychedelic compounds with a potential for medical use. Could this class of drugs, which includes LSD, mescaline and many lesser-known or yet-to-be-discovered chemicals revive drug development for psychiatry? Perhaps, but we need to be mindful that in a previous era, overexuberance about psychedelics led to a backlash with little scientific research and no translation to medical use. It’s been 50 years since psychedelics were classified as Schedule I compounds: drugs with “high potential for abuse and no currently accepted medical use.” New science suggests that we may need to revisit this classification.

This is an opinion and analysis article, and the views expressed by the author or authors are not necessarily those of Scientific American.