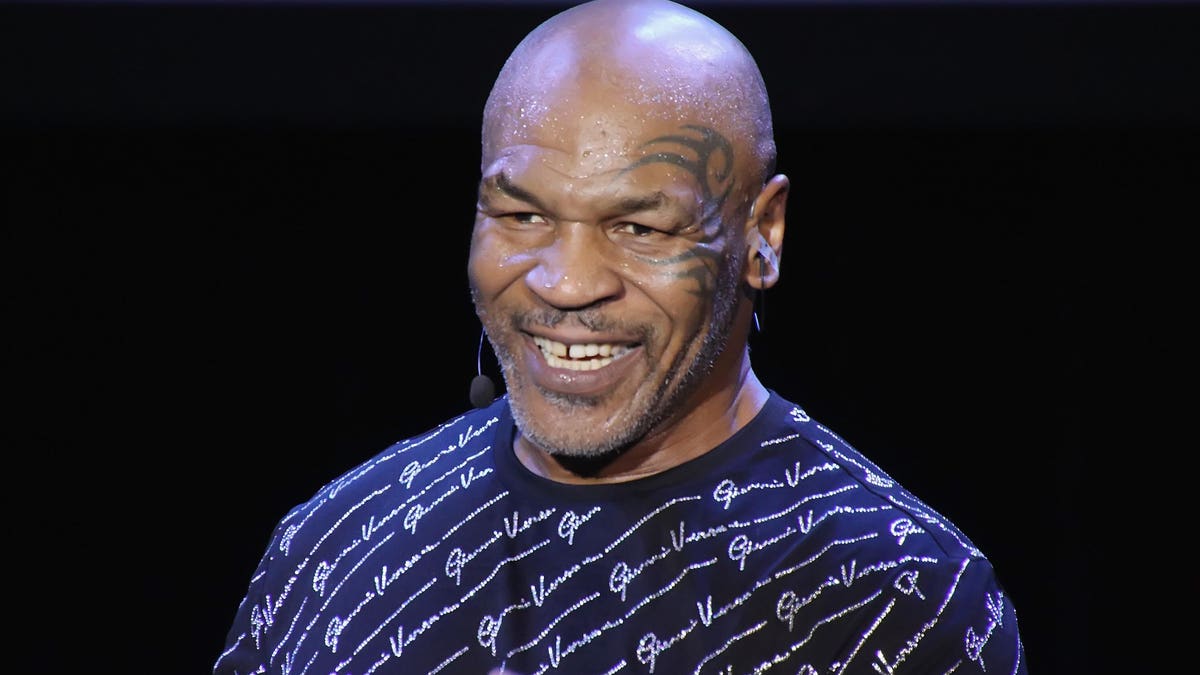 Mike Tyson has found peace in psychedelic medicine and now he wants to share that message with the world.

Universally recognized as one of the greatest heavyweight boxers in history —as well as one of the highest-paid athletes of all time— Tyson is joining the growing list of celebrities advocating for the therapeutic use of psychedelics like “magic mushrooms” and LSD.

Tyson’s career was marked by professional success and personal controversy.

Now, after experiencing the benefits of psychedelics for himself, the “Kid Dynamite” is getting ready to take a jab at the global mental health crisis with a personal investment in Wesana Health, a biotech company in the medicinal psychedelics space.

A Path To Healing With Psychedelic Drugs

The fighter’s first encounter with hallucinogens came at a very early age, while growing up in Brooklyn during the mid-1970s.

“I did acid early in my life and it was a bad experience, I never did it again. I did it once in my life when I was like eleven,” he said in an interview ahead of his participation at Wonderland:Miami, a psychedelics industry event to be held in November.

Being so young, Tyson was unable to recognize that psychedelics like LSD could offer a healing potential if applied in the right context.

Almost four decades had to go by until the fighter had a second round at psychedelics. During that time, Tyson became the youngest boxer ever to win a heavyweight title, coming out victorious from 50 of his 58 fights, 44 of them by knockout.

However, his personal life was riddled with emotional instability, substance abuse and persisting trouble with the law.

“As I got older I got introduced to the toad and then I did various plant and animal medicines,” he said, making reference to 5-MeO-DMT, a very potent psychedelic substance naturally produced by the Sonoran Desert Toad.

Tyson began using psychedelics therapeutically about five years ago and he claims the experiences marked such a profound change in his life that “he will never be the same again.”

After a life of excess, the boxer-turned-entrepreneur says psychedelics taught him a lesson on the value of moderation.

“You see how much my life changed five years ago? I was a junkie five years ago. I didn’t even think I could survive. Then I got introduced to animal and plant medicine,” said Tyson.

“Before you always read about me in the papers, doing something negative. Now, what happened to that guy? You don’t see me partying anymore. That’s not my life anymore,” he said with pride.

For patients undergoing treatment with psychedelic drugs, part of the beneficial effects of these substances can be traced back to their ability to induce a state of awe or a mystical-type experience. These chemically-induced spiritual states of mind have been found to produce consistent and long-lasting psychological benefits.

For Tyson, psychedelics also opened a gate towards spiritual growth that became reflected in his own personal improvements.

“It’s hard to really articulate it from my perspective, but psychedelics helped me assume my relationship with God,” added Tyson, self-described as a Muslim who “carries the characteristics of many religions.”

“I don’t use it for recreation, I’m not a recreational user,” he said. “This stuff is only done from a spiritual perspective. We go to ceremonies, you know, we have to bear witness and be humble.”

A Trip Into The Psychedelics Industry

Tyson’s successful experiences with psychedelics led him to invest his own capital in this growing industry, which has already seen several unicorn companies listed on the NYSE and the Nasdaq.

The entrepreneur, who already leads the Tyson Ranch cannabis brand, became and investor and adviser in Wesana Health, a company researching psychedelics like psilocybin in the treatment of traumatic brain injury and chronic traumatic encephalopathy, two severe conditions often experienced by combat athletes, which as of today have no known cure.

In May, the company announced a joint project with The World Boxing Council to study the therapeutic potential of psilocybin at reducing the effects and symptoms of traumatic brain injury in boxers.

“There’s tons of companies to get involved with, but it’s only the right one that would do for me. And I think Wesana, they’re the right ones with my personality, I think it suited just well,” said Tyson.

“I’m involved with the whole team, and this is what we’re doing, we’re educating people,” said Tyson.

Advice For The Coming Generations

At 55, Tyson says he regrets many of the choices taken early in his life.

However, he urges people to take control of their lives and enter a path of healing, whether it be with psychedelics or by other means.

“This is my medicine. I’m not telling people what to do. I’m telling you what my experience was with it,” he noted.

“Sometimes a person doesn’t have to see you to be inspired by you. Just your actions can inspire somebody without them even seeing or knowing you. But knowing your actions.”

When it comes to the medicinal use of psychedelics for athletes, Iron Mike believes the decision should be left for the athlete, instead of a regulating body.

“I wish I knew about this when I was boxing because I would never box without it. I just think it varies on the individual. He should have the right to want to use it or not.”

Tyson says psychedelics served him as a preparation for his own demise.

“I’m afraid to die, but I know I don’t cling to life. But that’s what all this stuff is for, that is what animal medicine and plant medicine is for, preparing for our expiration date. This is preparing you for death,” he said.

When asked if he would try synthetic psychedelics like MDMA, Tyson says he prefers naturally produced substances.

“Fight your fears, and don’t be afraid to try it. You can’t be free unless you free yourself from fear.”

Countdown to ecstasy: how music is being used in healing psychedelic trips – The Guardian